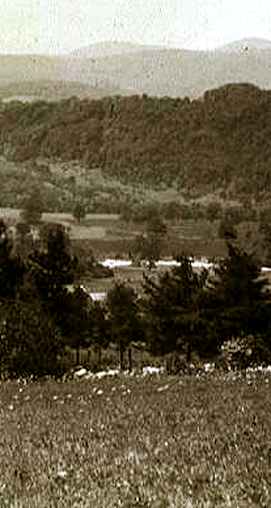 Hopkins Memorial Forest (HMF) includes 2600 acres in the NW corner of Williamstown, MA, and adjacent Pownal, VT and Petersburg, NY. Much of the Forest, which extends from the Hoosic River to the crest of the Taconic Range, originally consisted of small farms which were consolidated between 1887 and 1910 by Col. Amos Lawrence Hopkins, for whom the Forest is named.

Settlement of Williamstown by those of European ancestry began in the mid-18th Century. Farming reached its peak in the region around 1830, leaving nearly 70 percent of the land cleared, including parts of the Taconic Range. After the opening of the Erie Canal in 1825, the agricultural economy of New England, based on self-sufficient family farms, started to decline. New England became increasingly industrialized and mill towns rose in prominence. Farming soon moved off the steep, rocky hillsides down into the valleys. Farmers specialized in cash crops, dairy products, or wool. This regional pattern was reflected in northwestern Williamstown with the exception of several generations of the Moon family, who persisted into the 20th Century as self-sufficient farmers along the North Branch of Birch Brook.

Colonel Hopkins, a railroad manager and associate of Jay Gould, prospered in the era of industrial expansion following the Civil War. The son of Mark Hopkins, renowned president of Williams, and an 1863 alumnus of the College, Col. Hopkins was familiar with Williamstown and its natural beauty. In the late 1880s he decided to take up gentleman farming and began buying abandoned and marginal farms in the northwestern corner of Williamstown. By 1910 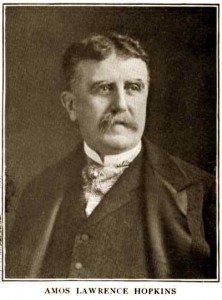 he had assembled over 1600 acres. His Buxton Farms was considered the agricultural showplace of Williamstown. Hopkins managed the farm until his death in 1912. His widow, Maria-Theresa Burnham Dodge Hopkins, continued the farm operations until 1924. In 1934 she gave the land to Williams College as a memorial to her late husband.

In 1935 Williams deeded the HMF to the U.S. Forest Service for use as an experimental research facility. The Forest Service studied forestry, meteorology, hydrology and tree genetics until 1968, when their research activities were consolidated in Durham, NH. Forest ownership then reverted to the College, which, since 1971, has purchased and received as gifts an additional 1000 acres.  Hopkins Forest Photo Archives.

Covid-19 is an ongoing concern in our region, including on campus. Safety measures are in place, and campus community members and guests are additionally advised to take personal precautions. See the college's Covid-19 website for information about campus policies. For the latest research and recommendations from the CDC, visit cdc.gov/coronavirus.