The Following studies are active in Hopkins Forest: 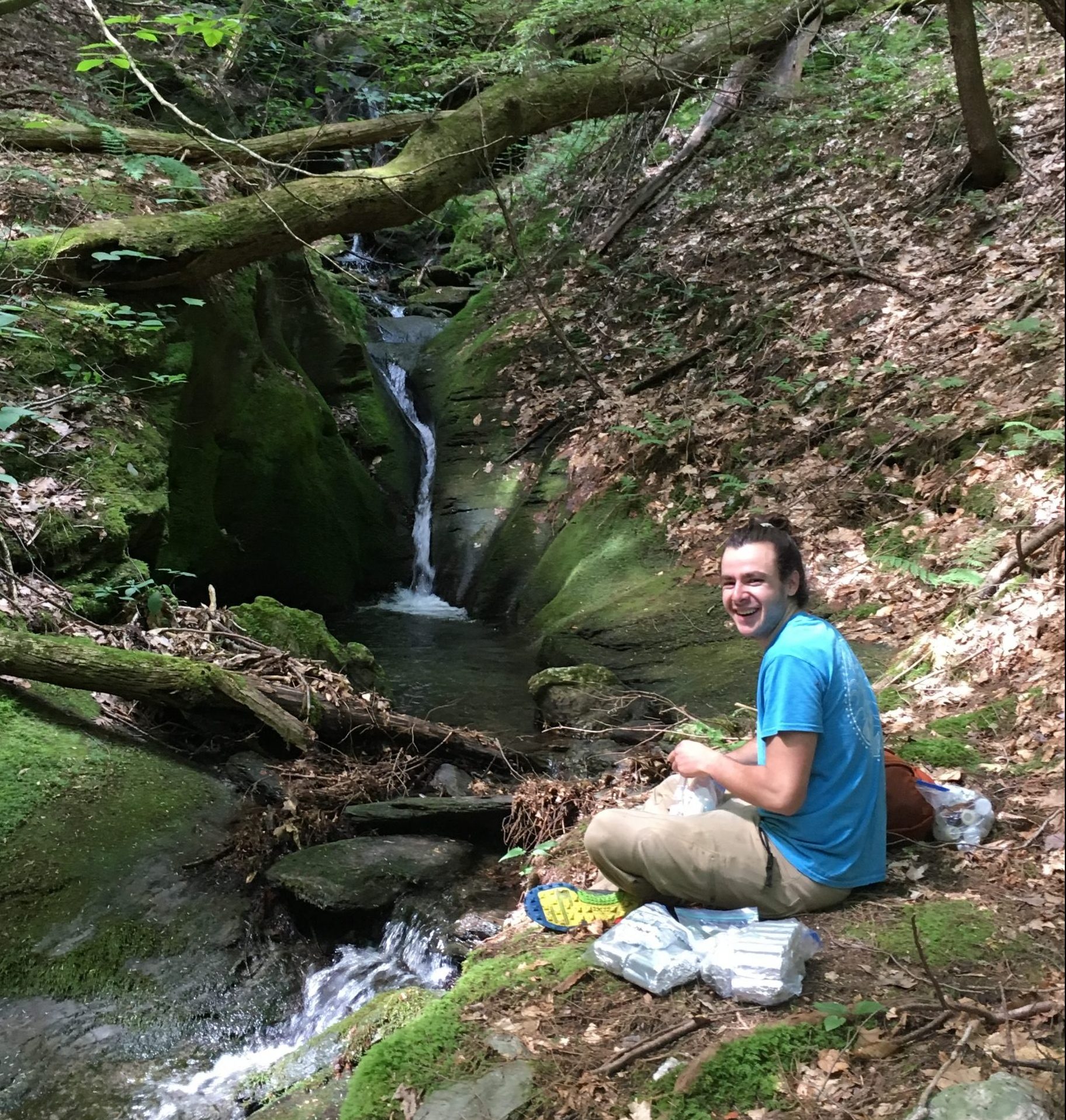 In fall 2018 Geosciences Professor Mea Cook launched a new initiative to monitor water isotopes and C and N isotopes, the goal of which is to show the seasonal cycle and range of variability of the dynamic environment.  Alan Lin ’22 worked though summer and into the fall of 2019 to collect water samples from a newly installed collector under in the main weather station.  In addition Dr.  Cook established sampling stations along the length of the south and main stems of Birch Brook and collected water isotope samples at those sites beginning in summer 2019.  These data will provide a baseline for local studies of how water moves through the landscape, how water isotopes that are imprinted into plants and animals can be used to trace movements and life history, and how carbon and nutrients flow through ecosystems. 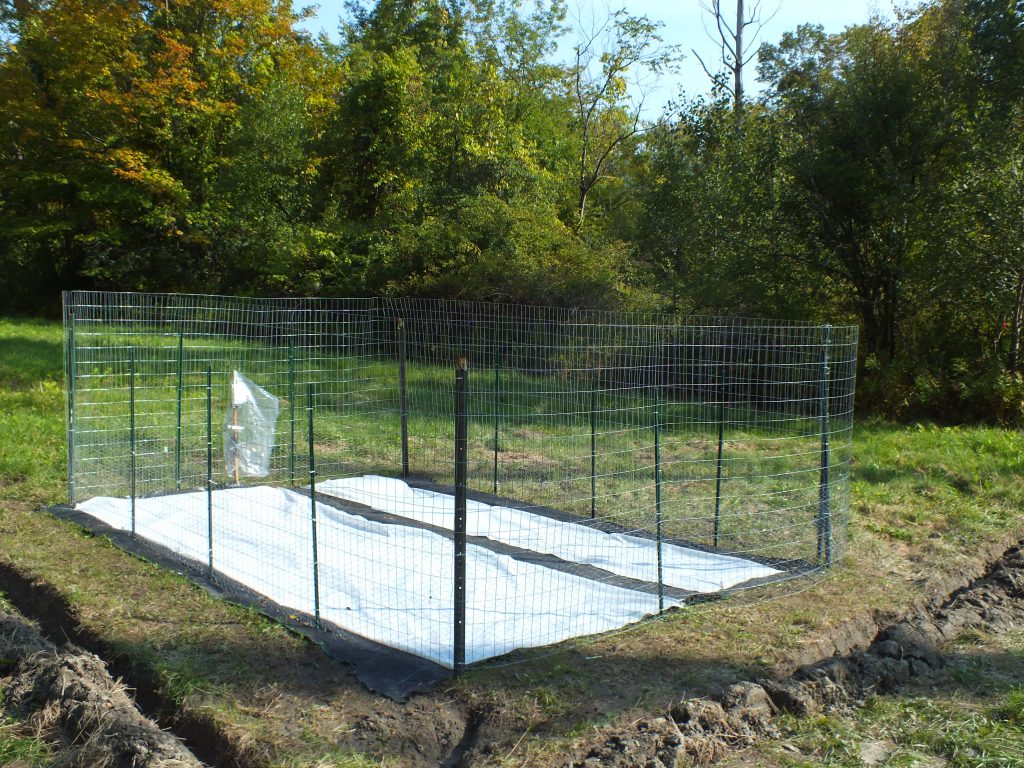 This was the final year for the study of the causes of geographic distribution limits in plants using lyre-leaved rock-cress (Arabidopsis lyrata var. lyrata). In spring of 2019, graduate students Antoine Perrier and Dario Sanchez Castro of the University of Basel, Switzerland returned to record over-wintering survivorship data for rosettes and seed, after which their nursery site in the meadow south of the Rosenburg Center was decommissioned.  The students are currently analyzing their data and preparing to publish their findings.   This study — headed up by Dr. Yvonne Willi with support from the Swiss National Science Foundation — was begun in 2017.  Other North American field sites for this study had been established in upstate New York, central Virginia and central North Carolina. 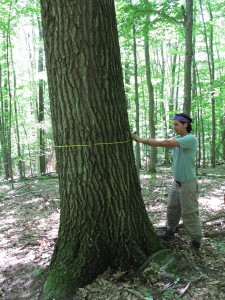 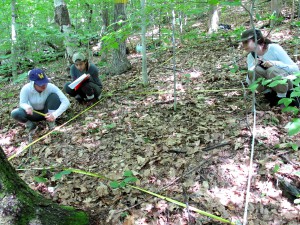 rest Service established a system of 1/4 acre permanent plots where they identified and measured all forest vegetation more than 0.5″ in diameter, as well as the shrubs and the herbaceous layer. Since then, the number of plots has increased to over 400 plots and the original plots have been re-measured periodically. 2010 marked the start of the fourth iteration of surveys which concluded in summer 2011. The land-use history of most areas in the HMF is well known, having been a principal interest of Landscape Historian and Biologist Henry Art. Link to HMF Vegetation Database. 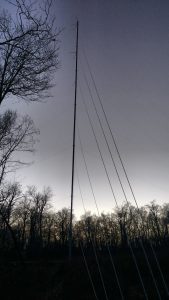 Temperature, relative humidity, precipitation, wind speed and direction and solar radiation are monitored at several weather stations in the HMF [view weather data]. Water discharge is measured continuously at weirs (small dams) on the South Branch and main stem of Birch Brook. Precipitation chemistry is monitored in samples collected near the weather station field and the chemistry of Birch Brook is monitored periodically. Contact Professor David Dethier for information about the meteorological, hydrological, and biogeochemical monitoring in the forest or the Environmental Analysis Lab.

Mowing Patterns and their Impact on Flower Production and Pollinator Activity 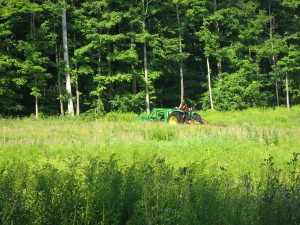 The focus of this study, overseen by Joan Edwards, is to assess the impact of both the timing and frequency of mowing on floral production (flower-scape) and pollinator activity.  We are using sixteen plots divided into four blocks (with individual treatments) to assess the effects of early (late-July) annual, early biennial, late (late-October) annual and late biennial mowing. After a regime of annual mowing and collecting some baseline data, we started treatments in summer 2013 and have continued with the mowing regimens each summer since. Each autumn students and faculty gather data on the plots.  Julie Jung’s 2015 honors thesis, entitled, “The influence of land management practices on the abundance and diversity of fall-blooming Asteraceae and their pollinators” presents the initial findings from this study. Listen to Gavin McGough’s narrative of the study:  Northern Woodlands Podcast. 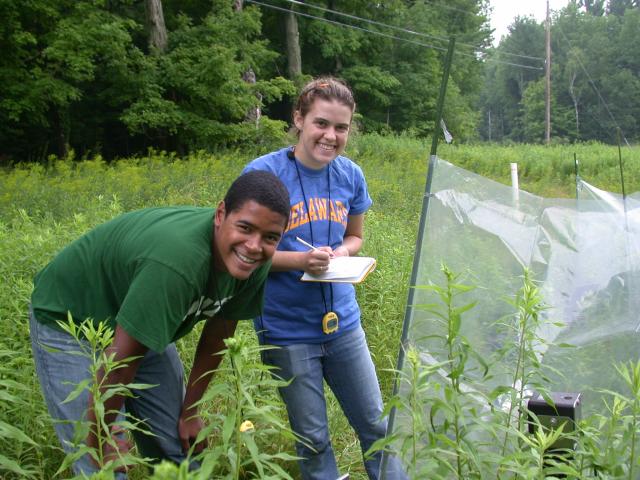 Joan Edwards’ study of the population dynamics of the invasive plant, garlic mustard (Alliaria petiolata), continued into 2020. Student assistants continued collecting data on established plots in three different areas in Hopkins Forest. By analyzing these data over a number of years, Dr. Edwards is gaining insight into garlic mustard’s success in forests of different ages, its rate of invasion, and its effects on native flora.

Manuel Morales in the Biology Department, Hopkins Forest conducts studies of ant (Formica sp.) and tree hopper (Publilia sp.) mutualism in goldenrod (Solidago altissima) fields. His field-based experiments have been conducted in the fields along Northwest Hill Road. Past experiments have tested the effect of fertilization of S. altissima on the their Publilia colonies.  More on Dr. Morales’ research. 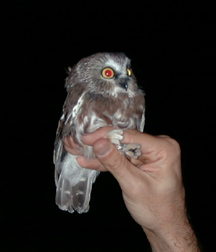 2020 marked the nineteenth season of banding Northern Saw-whet Owls (NSWO) during their fall migration at Hopkins Forest. The station operated on 32 evenings from early October to mid-November–using an audio-lure and mist nets to capture and band these small, migratory owls. The station captured 207, mostly female, NSWOs during this period. Of these captures, seven had been previously banded at other stations. In addition, several owls that we had banded in previous years were recaptured at various stations in the Eastern U.S.  More on the 2020 season. Continued recoveries of HMF banded owls at other stations will yield additional information on their migration routes and timing, growth, survivorship and molt progressions.  Come visit our banding season in the fall.

Undergraduates at Williams have undertaken numerous research projects, including honors thesis research, on a variety of topics over the past thirty years. Other opportunities for undergraduates include research assistantships, independent studies, Winter Study projects and summer employment. Although funded positions are generally reserved for Williams College students, consideration would be given to individuals from other areas where feasible. Check the Summer Opportunities page if you might be interested in working at Hopkins Forest this summer.