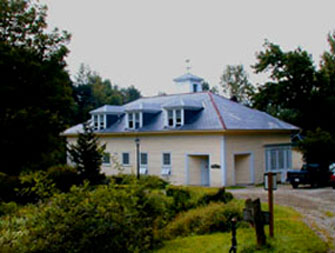 The Rosenburg Center, originally built in 1906 as the carriage house and stable for Buxton Farms, is located at the eastern entrance to Hopkins Forest and is the focal area for many forest activities. The building was renovated in 1979 to better accommodate teaching and research needs. The Center houses a classroom, office, two laboratories, museum collection, WiFi access, data ports and restrooms; all are integral to the education and research programs of the Forest. In addition, a collection of field guides and manuals is available for use at the facility. The exhibit space in the lobby is used for interpretive displays relating to research conducted in Hopkins Forest and to the to the natural history of the regional landscape.

The Rosenburg Center is named in honor of Arthur E. and Ella G. Rosenburg, Williamstown residents whose association with Buxton Farms and Hopkins Forest dated from 1908 until their deaths in 1990 and 1988 respectively. They were trusted and valuable members of the Buxton Farm family who assumed caretaking duties from 1924 and provided continuity on the site until 1935 when the Forest Service arrived. The Rosenburgs contributed farm artifacts and a wealth of information about the history of this particular landscape. But more than this it was their wit, charm, and love of this land and its people that led to the dedication of the field station facility in their honor. The Moon Barn, now located diagonally across the driveway from the Rosenburg Center, was Williamstown’s major American Revolution Bicentennial Project. The barn was originally located in the Moon Lot near the center of the Forest, and was dismantled, moved and reconstructed in 1975-76 as an outgrowth of a senior thesis in History conducted by Peter B. McChesney ’75. The barn presently serves as display space for some of the collection of farm machinery, tools and implements, as well as photographs, publications and other materials related to agriculture and for occasional public demonstrations of techniques related to the agricultural heritage of the Berkshires. Requests to study or photograph these materials should be directed to the Forest Manager. 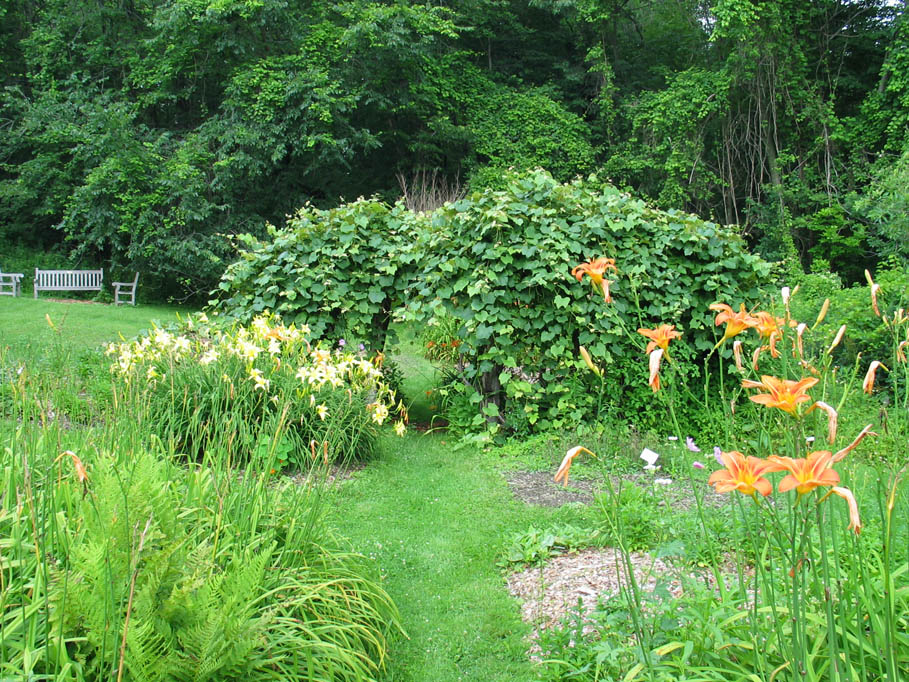 The one acre Buxton Garden is located on the north side of the driveway across from the Rosenburg Center. At the turn of the century, the original farm garden of the Hopkins estates was about twice its present size. The garden exhibits characteristics of both formal and functional Victorian designs. The CES and the Williamstown Garden Club began Restoration as a Bicentennial effort.

Some of the original plant material has been used in the restoration in addition to many plant varieties typical of late 19th Century gardens. The array of functional plants includes rhubarb, grapes, and various herbs. There are also many varieties of flowers that bloom during different seasons in the Gardens. 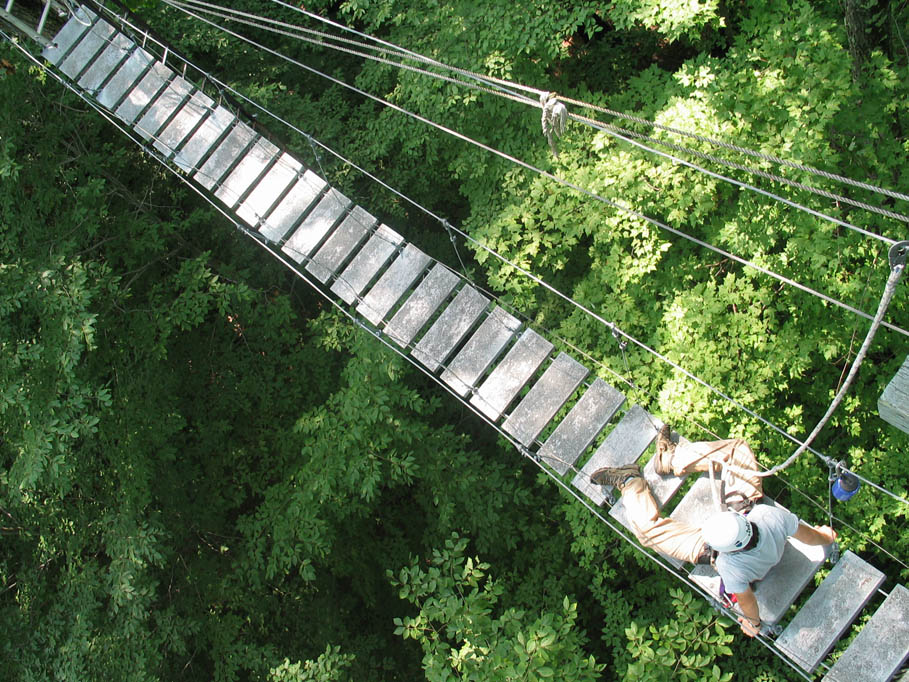 Perched high in the trees, 65 feet above the ground, the canopy walkway offers a unique perspective into the forest. This arboreal observation facility was established in the early 1990s to enable faculty and students to investigate life and physical conditions in the canopy. Today the walkway, which consists of two platforms linked by a catwalk, is used primarily for educational purposes. Access to the platforms is via tree-mounted ladders. The use of standard issue safety equipment and trained guides (for visiting groups) is required. Anyone interested in using the walkway for academic purposes or arranging a group visit should contact the Forest Manager.